As iconic as la baguette, a ride in the Citroën 2 CV, an Edith Piaf song, or a Gatti rattan chair on the terrace of a Parisian café, le béret still evokes France – and French culture – to millions around the world. “The beret?”, you ask, “that funny, round, flat hat, worn by the military – and a few revolutionaries?” Mais oui.

Meet one of the most famous couvre-chefs (hats) in the world.

The French can’t really claim they invented the beret. The Greeks, the Romans, wore similar hats. Classical paintings reveal that the beret was fashionable in Europe as early as the Renaissance.

Two regions in France claim they are the home of the beret: the Basque country and the Béarn. They are both located in Southwest France, north of the Pyrenees and the Spanish border. The word béret comes from the old gascon dialect (“berret”.) Both the Béarn and the Basque Country belonged to an ancient French province, la Gascogne (Gascony,) south of Toulouse.

As early as the Middle Ages, berets could be found on the heads of Spanish shepherds, watching over their flock in the Pyrenees mountains. It is likely that in the Basque region, French shepherds took notice of their stylish neighbors’ warm and sturdy hat, started wearing it and made it their own. The famous béret basque was born. Commercial production  took off in the area in the 17th century, becoming fully industrialized in the 19th century. Mass production exploded in the 1920s, when the beret became the favorite hat of the working class. French boys started wearing berets at an early age. Groups of children could often be seen playing games involving a beret.

Making the perfect beret is a time-consuming and complex process. Top-quality wool is wetted and shaped until it becomes dense, soft, and 100% waterproof. The traditional beret also includes a leather headband, folded in, or worn outside (by the military for example.) Over the last twenty years, there have only been two (competing) beret manufacturers left in Southern France: Blancq-Olibet and Beatex-Laulhere, who claim they started production in 1850 and 1810, respectively. As of 2014, they have been owned by the same company, Cargo Promodis. The traditional beret color in the Basque region was brown, but most berets manufactured today are black or navy blue. There is even a beret museum in Nay, a small town in the Béarn region!

The beret can be worn in a variety of positions, illustrated by a French language teacher in this entertaining video.

The beret was originally made for working class men. They worked and lived, their beret securely screwed on their head, and hardly took it off. It offered the perfect protection against rain and sun; came in handy to transport cherries or mushroom in the fields, and it was even used to correct children’s bad behavior.

During World War II, the beret became an emblem of French patriotism when the French Resistance adopted it.

Women were wearing berets by then, as did artists and intellectuals.

Some foreigners may still think the average Frenchman walks around wearing a black beret. The truth is that its popularity is waning. In Southwestern France, where it remains a symbol of the local culture, older men wear it proudly, while younger generations display bright-colored berets during traditional celebrations and festivals.

In the United States, most men stay away from le béret. While President Obama was campaigning for re-election, the following photo did not serve his cause with conservative voters.

This (very American) couvre-chef, on the other hand…

After all, this is a look that has worked very well for other (American) presidents.

President Clinton, a very smart man, would not have been caught dead wearing a beret. Still, a cute beret was blamed for his fall from grace… 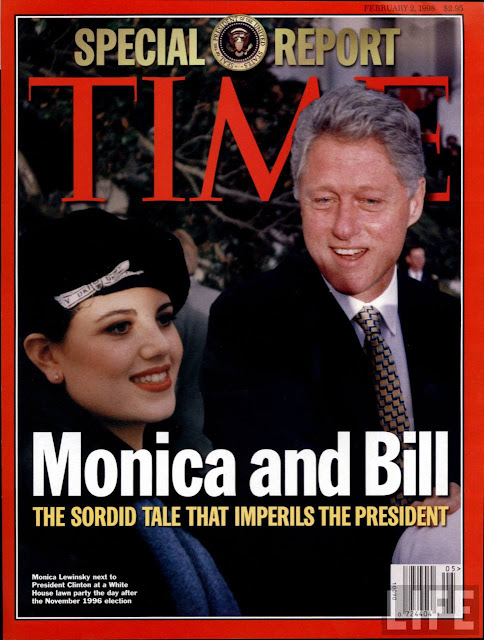 And here we are today. To the French, le béret stands as a symbol of France’s rural past, and remains in favor with fashionistas and Bobos (the “bourgeois-bohême,” or bohemian-bourgeois.) To other countries, it endures as a symbol of France, so iconic there are websites and blogs dedicated to the funny round, flat couvre-chef (hat.)  And that, les amis, would really impress the old Spanish and Basque shepherds!

What did you think about this article? Let me know in the comment section below, (I love reading your messages and reply to most.) Don’t be selfish and share with a friend! Merci. Véronique (French Girl in Seattle)

This site uses Akismet to reduce spam. Learn how your comment data is processed.

The Eiffel Tower had a father

Bienvenue chez Véronique. Call me Véro. All my friends do! After 23 years in the United States, I am back in Paris. In 2019, I continued sharing my French adventures on the blog and in social media and started a new career as a France-based tour guide, in Paris and beyond. Do you want to explore la Belle France with me? Join me daily on Facebook and Instagram. Follow my virtual tours in Paris on YouTube. Add your name to la Mailing List to hear about exclusive travel stories and new projects first. If you are into exclusive content and Live events, join my special community on Patreon. Thank you for your support as I take "France with Véro," (formerly French Girl in Seattle) to the next level. (Find all relevant links on the About page on this site.) A bientôt. See you soon, online... or in Paris!

Bonjour, Carrefour Vavin, Paris, 6th (or is it 1

Bonjour de l’Ile Simon, Tours. This is a short

Bonjour. They are the shopping centers of yore.

Bonjour. My favorite Parisian “neo-bouillon" i

Bonjour, Carrefour Vavin, Paris, 6th (or is it 1

Bonjour de l’Ile Simon, Tours. This is a short

Bonjour. They are the shopping centers of yore.

Bonjour. My favorite Parisian “neo-bouillon" i